Linkedin.com is the social platform where professional connect with each other. The website was founded in 2002 and has attracted professionals from all over the world who enjoy to networking online. The platform is now used in over 200 countries and it has over 225 million users. Today the site is available in 20 different languages. Statistics from Quantcast show that on the global scale, Linkedin.com has been receiving a monthly traffic of 178.4 million and in the U.S alone it receives over 65.6 million visits. 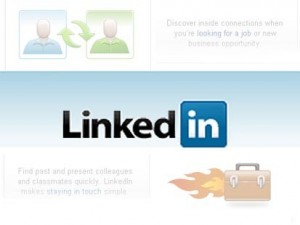 Linkedin.com: the networking site for professionals

Linkedin.com was founded by Reid Hoffman and a team of individual that previously worked for PayPal and Socialnet.com. As the company started growing, other key players like Jeff Weiner joined. He was an executive at Yahoo Inc. By 2006 the website started becoming really profitable but it waited until 2011 before filing its first Initial Public Offering. From that point the network has received a total of $103 million of investment.

Linkedin.com is the website where most students should get an account before finishing their study. That is a smart idea because they would need a job at a point in time and by connecting with the right companies in advance and keeping a good relationship with them they can increase their chances of getting an employment as soon as they earn their degree.