Pinterest.com is a tool where you can collect things from around the net and organize it based on your personal interest. It originally started as a platform where people could just pin any picture they came across while browsing the web. Today millions of users are on pinterest.com constantly sharing and organizing their pictures while meeting other people of the same interest. 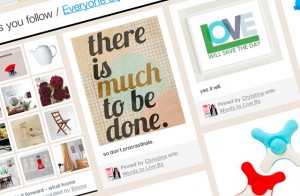 Pinterest.com: What is can be used for

For a very long time people have been asking about the real use of pinterest.com. The platform kept growing and nobody really knew how it could help other businesses and monetize itself in the process. Today pinterest.com has found its niche. It is the destination where students can properly plan their project. Other people using it to plan and document their trip to the mountains. Some use it to organize an event and let other people know about it. It is a great place to collect things.

Pinterest.com was created by Paul Sciarra, Evan Sharp, and Ben Silbermann in 2010. The website is now working with 80 employees and is available in 3 different languages (English, Spanish and Portuguese). The website owes its success to the fact that its main focus is images. Like they say, an image is worth more than a 1000 words. The team behind Pinterest.com understood it from day one. Today other popular websites like eBay and Facebook are following the same principle.