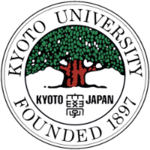 Kyoto University Kyodai (京大 Kyōdai) or (京都大学 Kyōto daigaku) is located in Kyoto, Japan. As the second oldest institution in Japan it is highly ranked in Asia and one of Japan’s National Seven Universities. The establishment is recognized as one of Asia’s leading research center and it is known for training world-class researchers some of which have been Nobel Prize laureates. Since 2008 the university has been year in year out ranked best institute in Japan based on many different ranking schemes.

The Third Higher School’s buildings was then included into the Imperial University system in June 18, 1897. It was the same year that the College of Science and Technology was created. It was followed in 1899 by the College of Law and the College of Medicine. In 1906 the College of Letters was also established.

In 2004, Kyoto University was institutionalized as a national university corporation. The incorporation of the establishment has allowed it to have access to an increased financial independence and autonomy but it is still controlled to a certain extent by the Japanese Ministry of Education. The university has a Department of Geophysics with a Disaster Prevention Research Institute working together as members of the national Coordinating Committee for Earthquake Prediction.

The school is willing to invest in world-class research and allow the freedom and autonomy necessary for it to conform with ethical standards. It also wants to provide and promote interactive and independent learning within its varied educational structure. The idea is to create a social engagement between the university and the society around and encourage and cooperation that will disseminate knowledge throughout the country.

General ranking
In 2008 and 2010, Toyo Keizai, based on its “Truly Strong Universities” ranking placed Kyodai 3rd. It was also ranked second by the Japanese prep school Kawaijuku.

Kyodai is recognized as one of the best universities in the world. Here are some more rankings.

Research
The establishment is considered to be one of the best in Japan and receives the second largest amount of funding the national grants program, the Grants-in-Aid for Scientific Research. The institution receives enough financial support for the government that allows it to properly run research in fields like chemistry, biology, pharmacology, immunology and physics. Kyodai was able to get awards in some of those fields. In chemistry it was ranked first in Japan. When it comes to biology and biochemistry it is second in Japan and 23rd in the world.

Kyodai is the university where most Japanese would want to go. It is one of the best center to start a career in research.