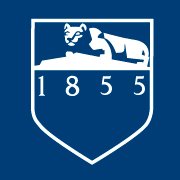 The Pennsylvania State University is made of several campuses that educate not only people from the state of Pennsylvania but also from the world. The institution wants to improve the life of individuals and communities by offering them integrated programs in research and teaching.

The mission of Penn State is to offer undergraduate, graduate and professional students an education they can have access to, both offline and online. The educational programs offered are enriched by the diversity and cutting edge facilities through which the students can have access to them. The human and economic development is promoted through the scholarship, research and creative activities taking place on campus.

As a Pennsylvania’s land-grant university, an unparalleled access to public service is offered to support the Commonwealth citizens. PSU collaborates with agricultural, industrial and educational partners in the US and abroad to make sure that the knowledge acquired through research is applied in different fields in order to help society.

Public character
PSU was founded as an agricultural college in 1855 and the first class debuted 4 years later. In 1863, the college was designated by the Pennsylvania legislature as the sole Commonwealth land-grant institution. From that point the institution broadened its mission to include teaching, research and public service in many different fields. Ever since, more than half a million students have graduated from Penn State turning the university into the largest source of baccalaureate degrees counting from the 1930s.

The fact that the establishment is privately chartered by the Commonwealth does not prevent it from carrying out many functions considered to be associated with public institutions like promoting the welfare of the citizens. Since the creation of the college the governor and other representatives of the Commonwealth have always been members of PSU’s Board of Trustees.

Penn state has remained one of the 4 “state-related” universities that are not owned by the state but at the same time acts like as a public university.

What the university offers
PSU trains students to be leaders in their field by enabling them to conduct research on their own that can improve lives. Through the discoveries made in research the economy also grows because the knowledge is shared to the communities.

The establishment has campuses all over the state and that makes it convenient for students to attend Penn State because they can access it no matter where in the state they find themselves. Students already living in the state can choose to live on their own while those coming from other states are welcomed on campus through the different communities created.

Those who can afford to physically come to campus can still take their courses online through the Penn State World Campus that allows students from around the world to get their dream degrees. The students can also tap into the university’s network of half a million alumni that are willing to share their advices and network with graduatse looking for jobs.

The best part of Peen State is its people who study and work hard every day and dedicate themselves to learn and foster a diverse and inclusive environment that brings about growth.