The University of Manchester: an amalgamation of institution 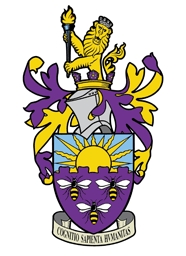 The Research Assessment Exercise released in 2008 ranked Manchester as 3rd with respect to its research power. When including specialist institutions the establishment was ranked 8th for grade point average quality.

The Schools of Medicine, Pharmaceutical Sciences, Midwifery and Social Work, Psychological Sciences, Dentistry and Nursing are under the Faculty of Medical and Human Sciences. The college of medical school was actually established in 1874 and with more than 400 students, it is one of the largest in the country.

The Faculty of Engineering and Physical Sciences is made of the Mechanical, Aerospace and Civil Engineering school, computer science, Electrical & Electronic Engineering, Petroleum Engineering and Chemistry. There is also the Jodrell Bank Centre for Astrophysics having an observatory with a telescope considered to be the 3rd largest in the world. It has played a key role in confirming Einstein’s theory of General Relativity and other research related to gravitational lenses and pulsars.

The Faculty of Humanities was ranked 3rd in 2008 based on Grade Point Average for Biological Sciences in the Research Assessment Exercise.

Academics
The University of Manchester offers more academic subject than any other university in Britain and has the largest number of full-time students in the country. The institution has also attracted some of the well known figures in fields like computer sciences (Steve Furber), economy (Richard Nelson) and biochemistry (Sir John Sulston).

Research
Manchester was rated 3rd in research power, based on Research Assessment Exercise in 2008. It has the 5th largest income compared to other British universities. The establishment also has built a strong record when it comes to securing funding from UK’s 3 main research councils namely the BBSRC, MRC and EPSRC.

In terms of income and interest from endowment, Manchester is also one of the richest institutions in the UK based on a recent estimate that placed it 3rd and that is irrespective of the recent cuts in higher education.

The institution has a history of high scientific achievement and was able to produce 25 Nobel Laureates out of its students and staff. That is the 3rd largest number of Nobel laureates in the UK after Oxford and Cambridge.

University Library
The library at the university of Manchester is the largest non-legal deposit library in the United Kingdom and the 3rd largest when counted among academic libraries. It offers the largest collection of digital resources in the UK.

Nobel Prize winner
Manchester is proud to have won 25 Noble prize awards through its staff and students. Some of the most important discoveries in chemistry, physics, physiology and economics were made in that university.