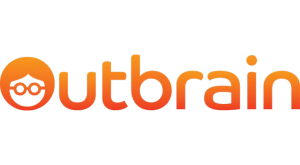 Outbrain.com is a content recommendation service that helps publishers increase web traffic to their websites through provision of links and redirecting web users to articles, blogs other web content. It provides a solution to bloggers, publishers and any other person who would like their web content to receive larger viewership and make internet users stick around their website.

Outbrain.com is a brainchild of two gurus, Yaron Galai and Ori Lahav. The former was the owner of Quigo and AOl before selling it while the latter was with shopping.com until it was bought by eBay. The website applies behavioral targeting to direct readers to articles photos videos among other web content rather being dependent on the commonly used related items widget.

How does Outbrain charge for its services?  The website uses the very effective cost per click mode of charging. This service, more so, is free to install onto websites. The service however only provides revenue to web content creators whose content gets more than 10 million monthly US page views.

Outbrain has had its service used by  well-known websites and publishers which include USA today, Washington post, daily beast, bastion globe among other elite websites used both within the USA and elsewhere. Some of them still do use the service up to date. By April 2013, the service’s was being employed by up to 90000 websites, and blogs. This clearly shows that the technology is a force to reckon.

There are alternatives to this website and they include the likes of Adblade, Taboola, NRelate, Disqus, plista.com, LinkWithin among other web discovery platforms.

Outbrain.com, despite being used as an attack vector against some websites it has come over it. A good example would be one where the Syrian electronic army used this website to deface web pages belonging major news sites such as Washington Post, Times Magazine, CNN among other s and redirecting internet users to The Syrian Electronic Army controlled websites.

It is important to realize the great capabilities of Outbrain.com and the role it plays in increasing the number of visits a website and its content gets.