Columbia University in the City of New York

Columbia University has and continues to be the world leader in higher education for more that 250 years now. The university has at its core a wide range of academic training and it is committed to attract great minds that are willing to engage and pursue better human understanding which enables new discoveries that can help the society.

Currently the institution is led by President Lee C. Bollinger. The University Senate, in conjunction with the 24-members Board of Trustees govern the university.

Columbia University has been recognized as one of the world most important centers for research thanks to its distinguished and distinctive learning environment that undergraduate and graduate students can rely on to further their professional studies. The establishment acknowledges the importance of its geographical location in New York city and makes sure that the vast resources that the metropolis has to offer are taken advantage of in its research and teaching facilities.

Columbia tries its best to attract a diverse student body and an international faculty crew that will support teaching and research on world issues and at the same time create academic relationship with the other countries of the world. The faculty members do their best to make sure that knowledge is advanced through all areas of the university and that is possible by providing the highest levels of learning opportunities. Then the products of its research can be conveyed to the world. 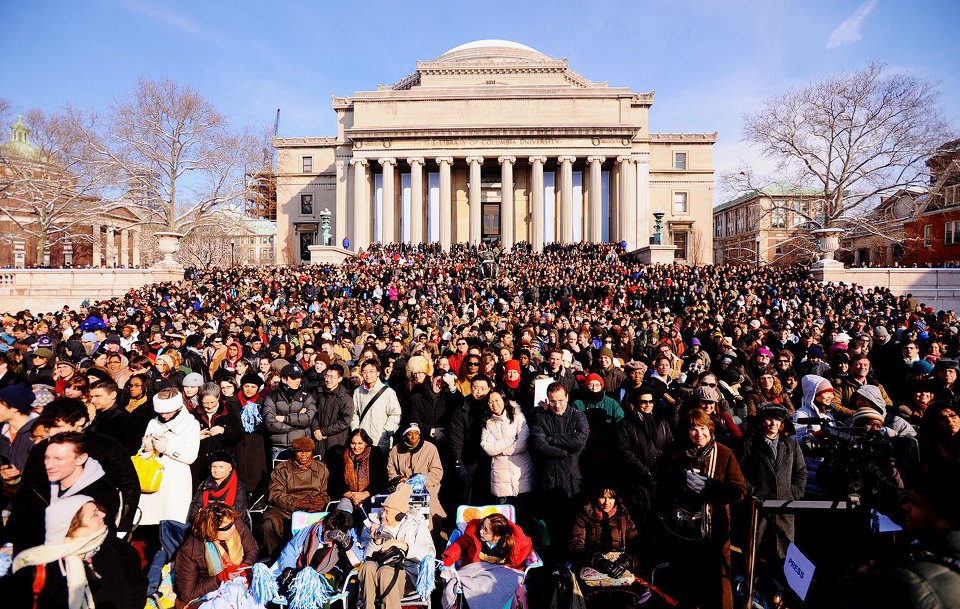 Admission and Financial aid
For the year 2016 the admission rate of the school was 7.4% making Columbia University the 4th most selective institution in the United States. That still allows the school to be racially diverse with about 52% of the student population identifying themselves as been of color. The university also offers financial aid to a good number of its students. As of 2013, 50.3% of the undergraduate student population received financial aid.

On April 2007, John Kluge, a media billionaire offered $400 to $600 million in donation to the university to be used exclusively for undergraduate students. The exact value is tied to Kluge’s estate after he passes away.

Research and Ranking
Columbia was the first university in North America where the uranium atom was split. It was also the place where the laser and FM radio was discovered. The MPEG-2 algorithm was also developed there, allowing high quality audio and video to be easily transferred through a low bandwidth internet connection. The technology used to create LCD screen also came from Columbia. In fact each year, scientists working at Columbia are credited with about 175 inventions in the field of health.

Student life
Every undergraduate student is guaranteed housing throughout the 4 years of study. As of 2010 the student population was a 27,606 with 23% of that population born outside the U.S.. There were 7.934 enrolled as undergraduates and 5,393 furthering into graduate programs. Columbia also offers professional programs for which 12,090 students were enrolled.

Being the 5th oldest institution in the United States and considering the incredible number of inventions this university has been credited for it only makes sense to want to be a student in that university. It is recommended to anybody that wants to develop a great mind.