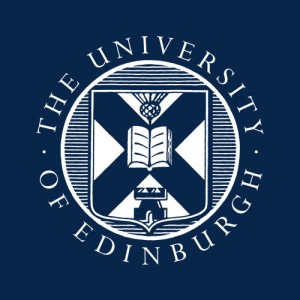 The university of Edinburgh was founded as public research university in 1583. Edinburgh, the capital of Scotland, showcases many of the buildings designed for the university since that time and that gives it a feel of a historic Old Town. When it comes to the volume of students applying to get admission every year, the university is placed 3rd with 47,000 yearly applications in UK. With 12 applications per place available, getting entrance in Edinburgh is intensely competitive.

Based on reports from the QS and Times Higher Education Ranking in 2011, the university of Edinburgh was ranked 6th and 7th respectively in Europe. Based on the QS rankings released in 2012 it was 21st in the world. The establishment is a member of the League of European Research Universities and the Russell Group. On top of that the institution also has links with academic institutions in the US and Canada. It is a member of the Ivy League and has the 3rd largest endowment of any higher education institution in the UK.

During the “Age of Enlightenment” the university of Edinburgh played a key role in giving the city its reputation of chief intellectual center. The institution has made an impact in this world by raising graduates who have turned out to be historical figures and that includes inventor Alexander Graham Bell, the naturalist Charles Darwin, mathematician Thomas Bayes and physicist James Clerk Maxwell. Aside that the institution has produced 15 Nobel Prize winners.

Colleges and Schools
Students willing to enter the university of Edinburgh will find themselves in any of these 3 colleges:
College of Humanities and Social Science
College of Medicine and Veterinary Medicine
College of Science and Engineering

College of Humanities and Social Science
It is the largest of the 3 colleges with 11 schools absorbing about 16,300 students assisted by 1,460 staff members. The college offers a wide range of subjects that students can specialize in. Undergraduate students have 300 courses to choose from and post-graduate can take any of the 200 programs available.

College of Science and Engineering
Edinburgh played a key role during the “Age of Enlightenment” in educating many of the recognized scientists of the time. Joseph Black, the professor who first discovered carbon dioxide, created in 1785 the 1st Chemical Society. It was in 1864 that they instituted the first named degrees of Bachelor and Doctor of Science. The years following a Faculty of Science was founded. That same faculty was renamed College of Science and Engineering in 2002 and it comprises 7 schools.

The university campus has expanded over time since its creation and now is made of 6 key sites spread in the city of Edinburgh. Students are free to explore and learn in the different sites and make the most of what they have to offer. The university of Edinburgh has years of experience in training the best minds. Students who want to be enlightened should not hesitate to apply to this school.