The University of Minnesota System (U of M) 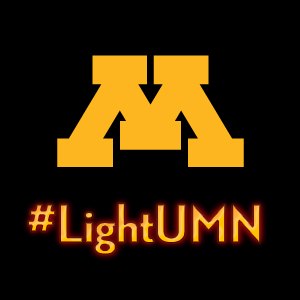 The university of Minnesota encompasses several campuses spread throughout the state. There are 5 main campuses found in the Twin Cities, Rochester, Morris, Crookston and Duluth. The U of M also operates different research facilities in the state of Minnesota. The campus found in the Twin Cities is the oldest and largest of all. It has the 6th largest student body in the US with 51,853 attending during the year 2012–2013.

Out of more than 1000 world-class universities, the University of Minnesota was placed 29th in 2012 based on Academic Ranking of World Universities. The same year the institution was ranked 47th out of 400 top research establishments in the world based on the Times Higher Education rankings. Among US public research institutions it was ranked 9th and on the world scale it was 26th in the report published by Newsweek showcasing the Top 100 Global Universities.

The campus
Even though the school shut down as a result of financial crisis during the American Civil War, it reopened in 1867 after receiving some financial support from Pillsbury. Then from a preparatory school, it was upgraded to a college in 1869. The campus has now grown to the point that it has buildings on both sides of the river banks, the main portion being the East Bank covering 307 acres. The Carlson School of Management and the performing arts center are found on the West Bank.

The two banks are connected through the Washington Avenue Bridge. Students can use their own bicycles cross the bridge or get into the free shuttles available. The bridge has 2 decks with the upper one for pedestrian and lower one for vehicles. The most common mode of transportation on campus are walking and bicycle riding.

To get from building to building, the pedestrian can also make use of the tunnels designed to protect them from the sometimes harsh weather and 2 light-rail station are being constructed to serve along the Central Corridor light-rail line of the school.

The establisment owns many other research and outreach centers spread around the state. Taking that space into account with the different campuses combined the University of Minnesota system occupies an area of 28,300 acres (44 miles² or 115 km²).

Demographics
Based on the college board statistics, the institution has about 34,812 undergraduates as of july 2012 and 17,745 graduate student. The campus counts 5,368 freshmen seeking for a first degree. The average age of all students is twenty-one. More women attend the school with a percentage of 52 compared to 48 for men. Sixty-seven percent of the student population is made of Minnesota residents

Sources of funding
In the United States, the University of Minnesota system has one of the largest endowments compared to other public universities. The establishment maintained an endowment of $2.8 billion during the year 2007. The State of Minnesota also donated about $641 million to the institution considering it is a public university. The total budget of the university for FY 2006 was $2.36 billion.

All the campuses in Minnesota welcome any student that is willing to pursue a career in research and art.